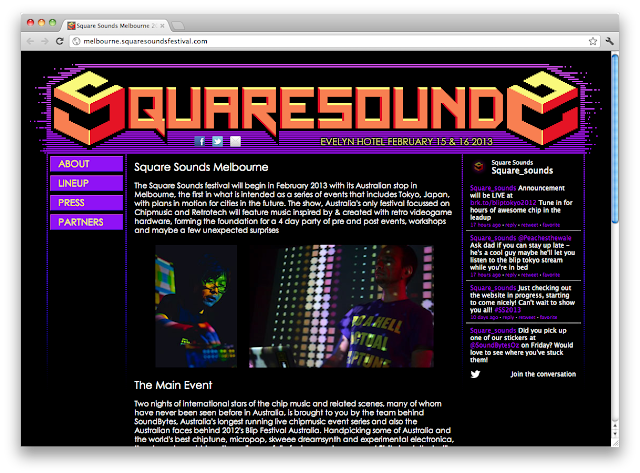 The Square Sounds festival will begin in February 2013 with its Australian stop in Melbourne, the first in what is intended as a series of events that includes Tokyo, Japan, with plans in motion for cities in the future. The show, Australia's only festival focussed on Chipmusic and Retrotech will feature music inspired by & created with retro videogame hardware, forming the foundation for a 4 day party of pre and post events, workshops and maybe a few unexpected surprises