"ANOTHER" by TEN THOUSAND FREE MEN & THEIR FAMILIES 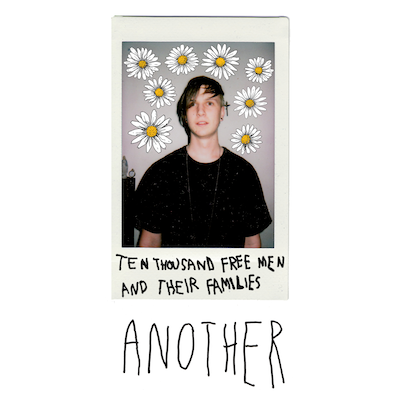 After spending months writing, recording and producing MKE OR BRK, Sydney's Ten Thousand Free Men & Their Families (aka 10k aka 10kfreemen) has pushed out a second group of songs which he has creatively titled Another. This EP pushes further into what 10k calls "chipunk" - the art of screaming over a Nintendo Game Boy backing track. This time around the emphasis was put on getting it recorded quickly, having a great time and getting it out, rather than the continuous pursuit of perfection. Some would say Another is like the older brother or sister to MKE OR BRK, it is a little older, a little wiser and it doesn't care as much at all. Another is raw, punk, chip and funny as hell and it is all laced with the "fuck off" attitude you love to hate - even the cover art is left of centre (literally). Get it now, while it is cool to do so. Hate it later.