I am not sure if Alex even knew this went up and if he did, he sure didn't mention i to me! So I'll just leave this here.

Dot.AY is a Brisbane Electro act who plays Gameboys. Leopard Lady loves Tetris on the Gameboy and is mighty good at it too, but Dot.AY, aka Alex Yabsley, is playing more than just the Nintendo games on his Gameboys. He creates tracks, live, using the music on the Gameboys.

This is a whole movement called Chiptune, that has been going strong and growing worldwide. Not massive in Australia (yet) but there is a 4 Day Festival dedicated to this retro electro music and art genre, called Blip Festival which takes place at The Bell House in New York, December 4 - 7. It is predicted that this artform is about to become a known known on a global scale and Leopard Lady is excited that she brings a little awareness through this here V Blog by sharing her experience of seeing Dot.AY live at The Press Club in Brisbane...

Little-Scale - You Can't Change The World 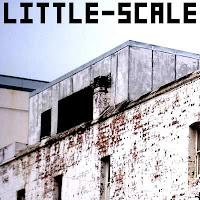 "The rather long in the making Dead-Before-Death Gang tape is to be launched! With the excellent Pets with Pets and sublime Maddest Kings Alive. Shit will be torn up.

at the Birmingham Hotel
cnr smith and johnston st, fitzroy

Head over to this thread on the 8bc forums and sign up for an Australian Compilation!
To hear the first comp, click here!
Posted by 10k at 12:23 PM 1 comment: